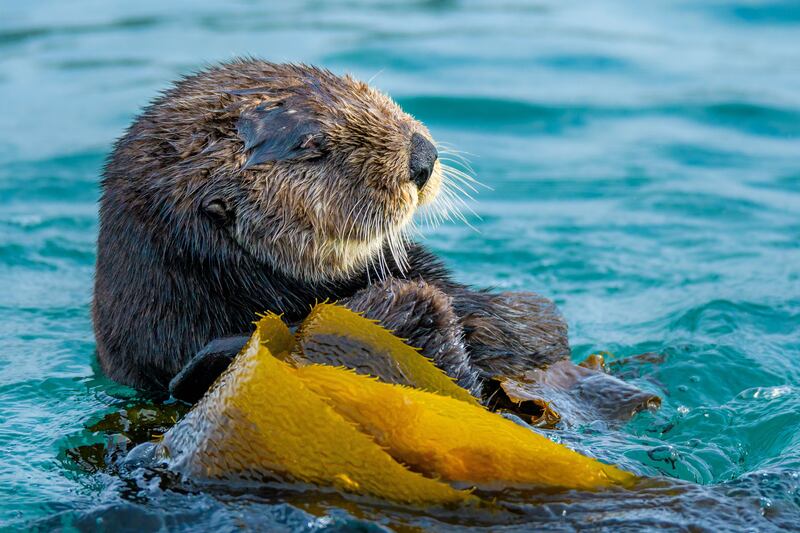 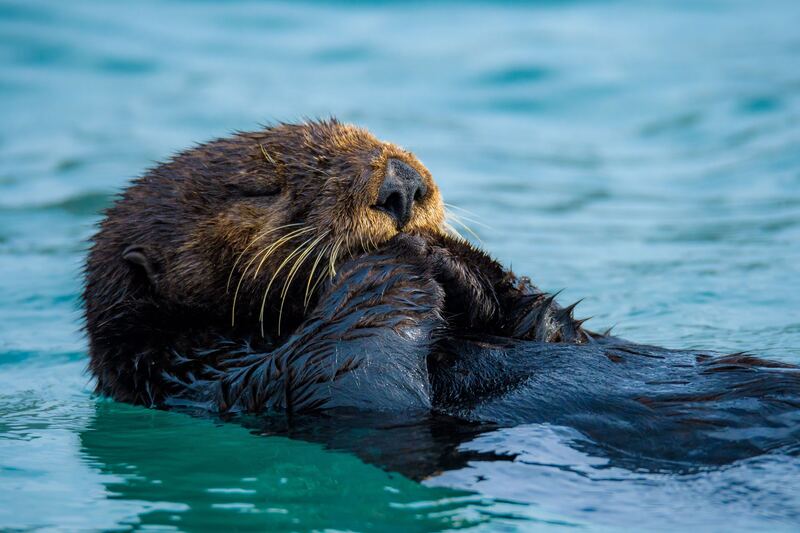 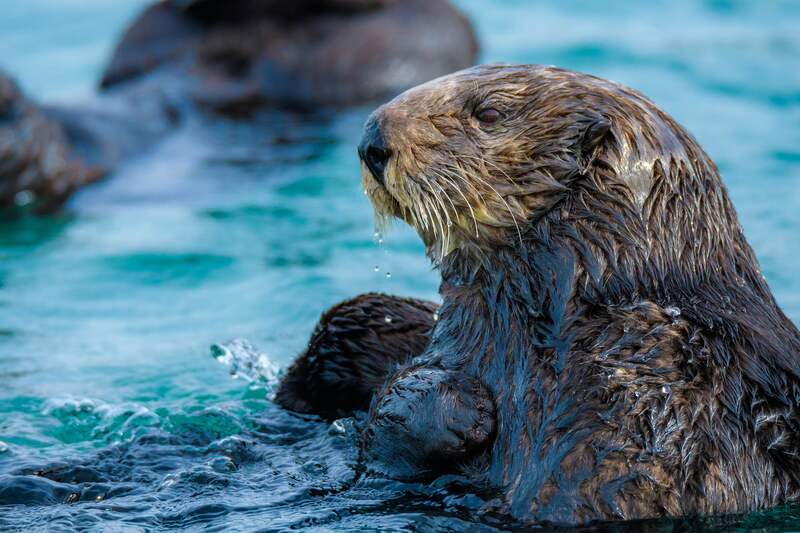 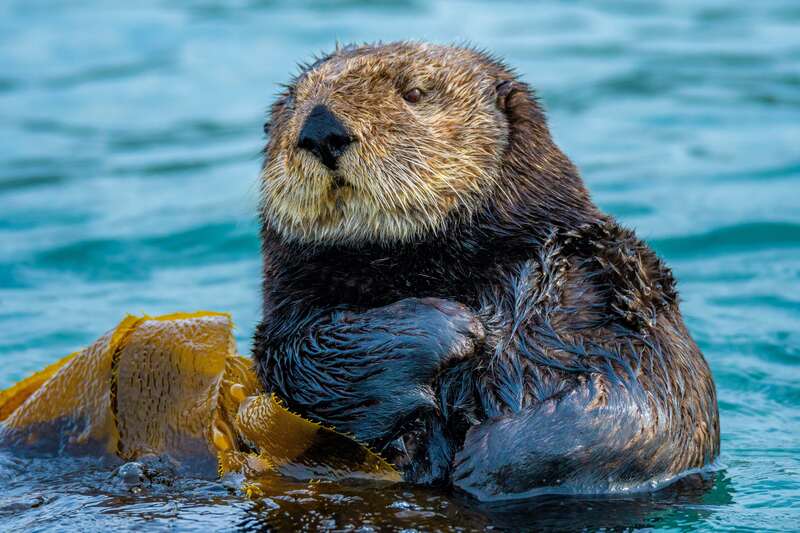 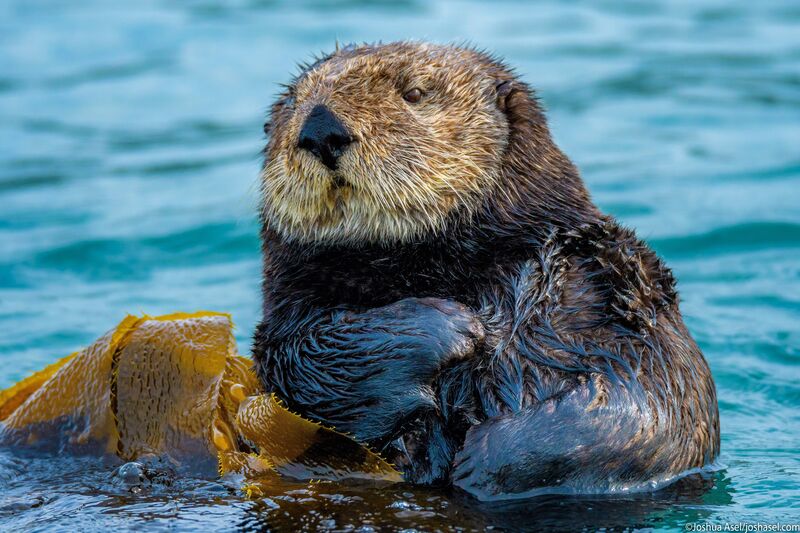 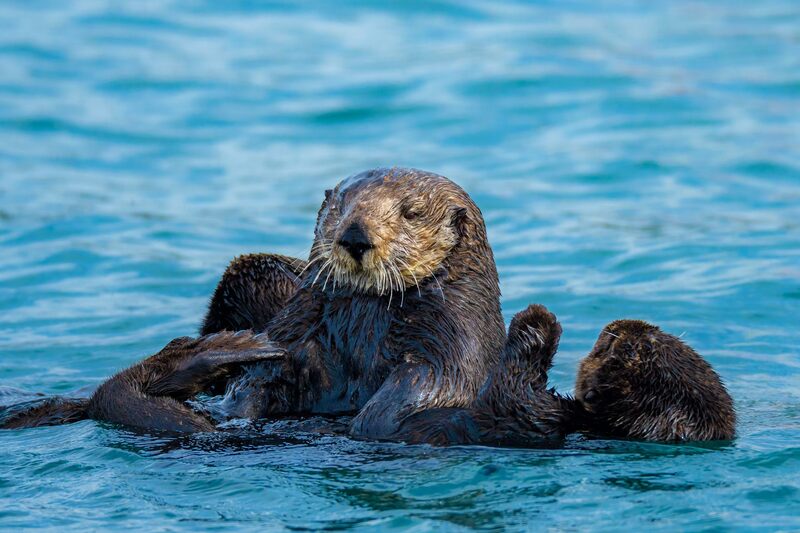 Description:
Sea otters have the thickest fur on the whole world! Which is why they were hunted to near extinction, but more on that later. Just like their river otter cousins, sea otters are aquatic weasels but spend their time almost exclusively in salty waters near coastlines and are much bigger, a solid four feet long and weighing in at 65 pounds. They are also crucially vital to coastal ecosystems, affecting everything around them with their presence. That, my friends, is called a keystone species. If this animal is removed from their ecosystem, the ecosystem begins to breakdown and eventually fails. By eating sea urchins, who eat kelp, they maintain healthy kelp forests that house many other aquatic species.

Often when they sleep or are relaxing, they form “rafts” by holding arms together while floating atop the water’s surface. They will also wrap their bodies in kelp to hold themselves fast, preventing themselves from drifting away. They also show incredible intelligence by using tools, like stones, to break open their prey’s hard shells, including crabs and mussels.

Conservation:
Sea otters were thrown into near extinction because they were hunted for their water-repellent furs by humans, leaving only about 1,000 individuals left. Today they are protected and are rebounding but numbers are still significantly small. There is even talk now of reintroducing sea otters into the San Francisco Bay Area, possible as soon as five years from now (it’s a complicated process).