Setting Fire to Prevent Fire
​
A massive fire rips through the world-class forest conservation research site of Pepperwood Preserve. The next year, another hungry fire burns its way through the plains and forests that make Pepperwood. Although the Preserve Manager's house burned down, miraculously, the infamous Bechtel House where researchers stay wasn't even touched even though the fire almost surrounded it entirely. Not to mention the huge Dwight Center for Conservation Science, which is built entirely out of concrete and metal for withstanding direct fires.

By 2019, Pepperwood had to find another way to prevent these big fires from happening directly on their property. Now fully grasping the reality that California's fire seasons are almost year-round​​, new measures have to be taken to prevent and battle annual wildfires. The Preserve Manager's house was rebuilt with fire-resistant materials and a very special design in mind. The same goes for their tool and equipment storage that burned down, which is the size of half a football field at the base and almost two stories high. Something else had to happen too. They now have to set fires to prevent fires. Firefighters come to set controlled burns, which gets rid of fuel build-up and also eliminates invasive grasses. With plans to safely deplete the fuel build-ups from time to time, Pepperwood has a much higher chance of not succumbing to other relentless fires.

I've spent a few years creating images of Pepperwood's wildlife for them, but they called me​ ​to ask if I wanted to photograph this burn that has just started as they called me. I raced over and by the time I​ ​arrived, an entire hillside had already gone up in flames. The whole​ ​Pepperwood team watched on as firefighters calmly lit other parts of the preserve on fire and monitored the situation. The skill of these firefights was clear as day. They were in control, though it didn't seem possible.
​ 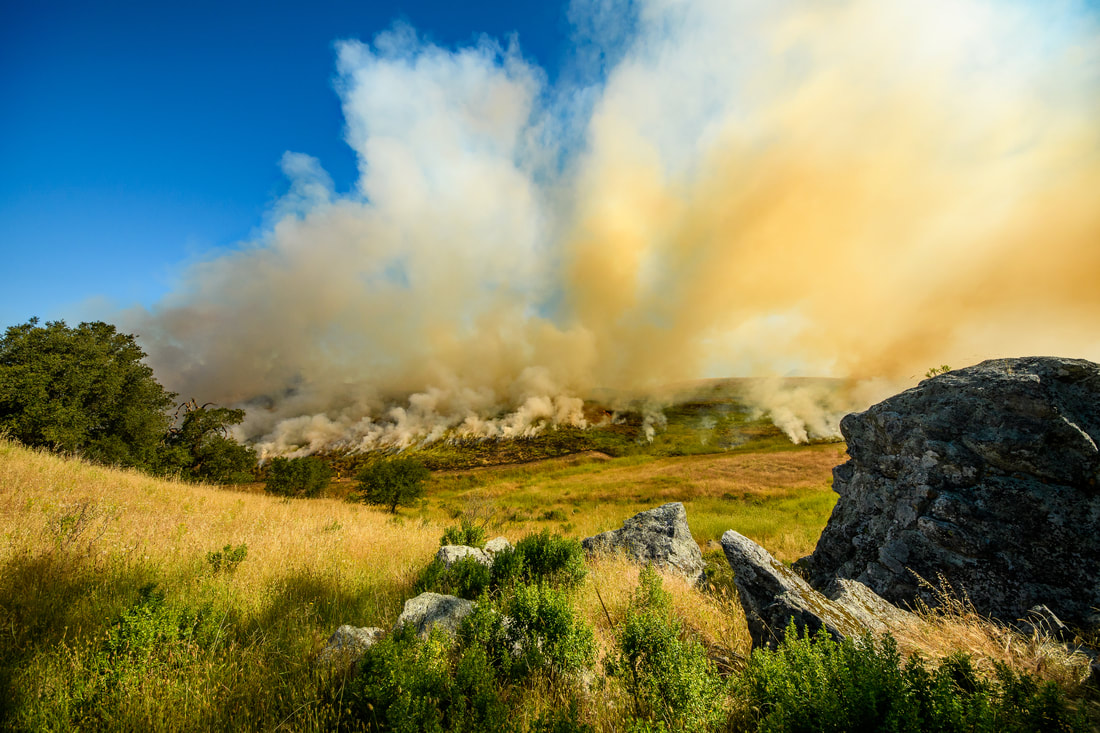 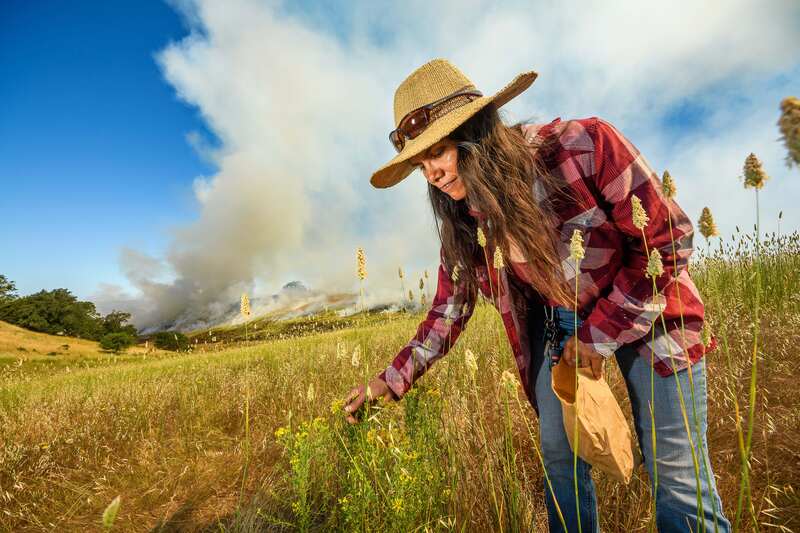 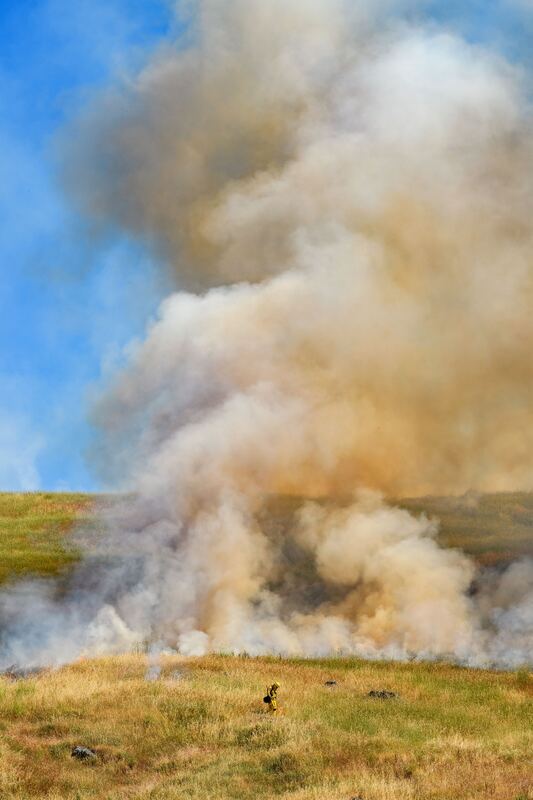 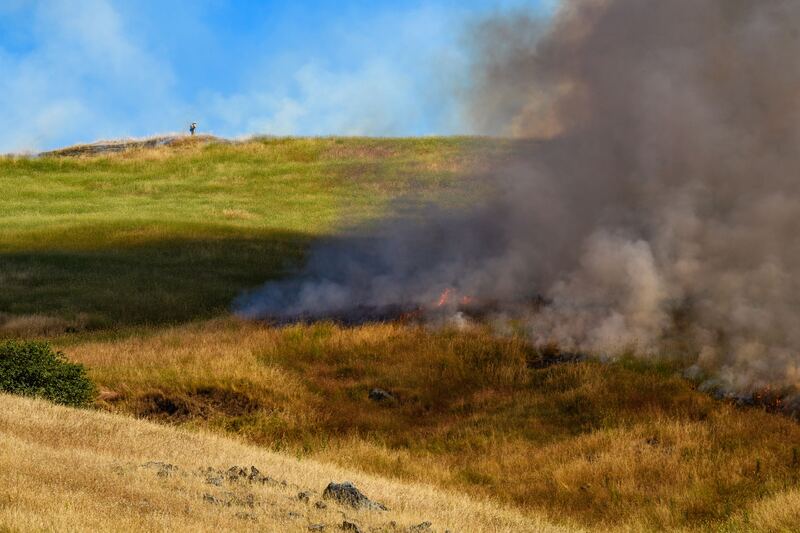 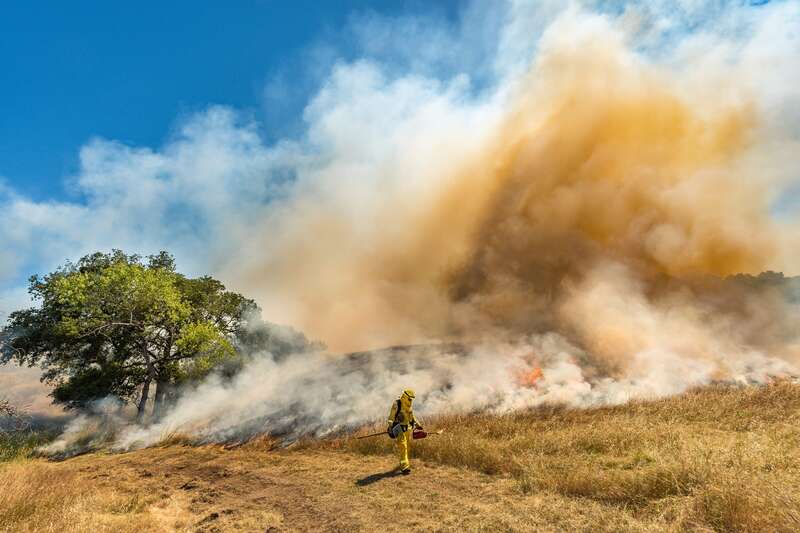 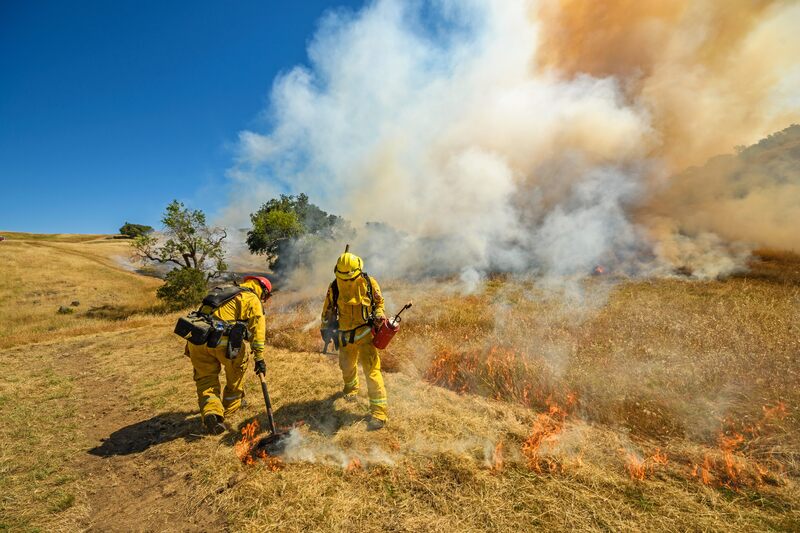 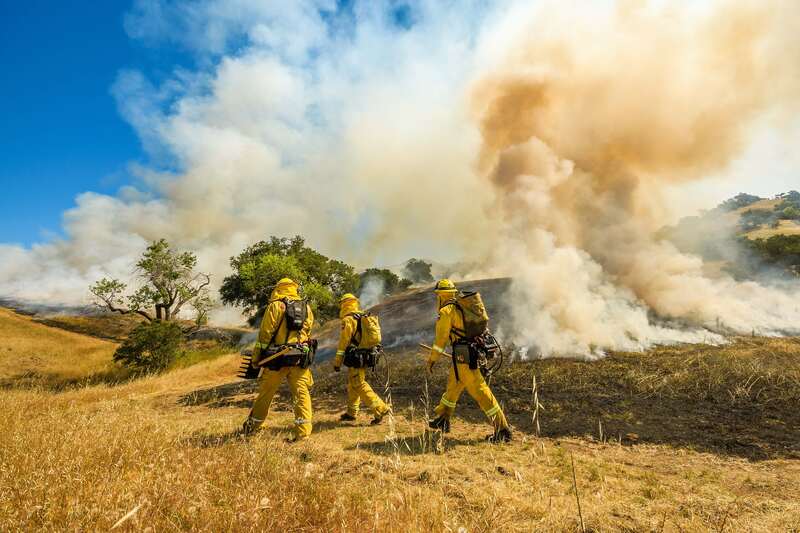 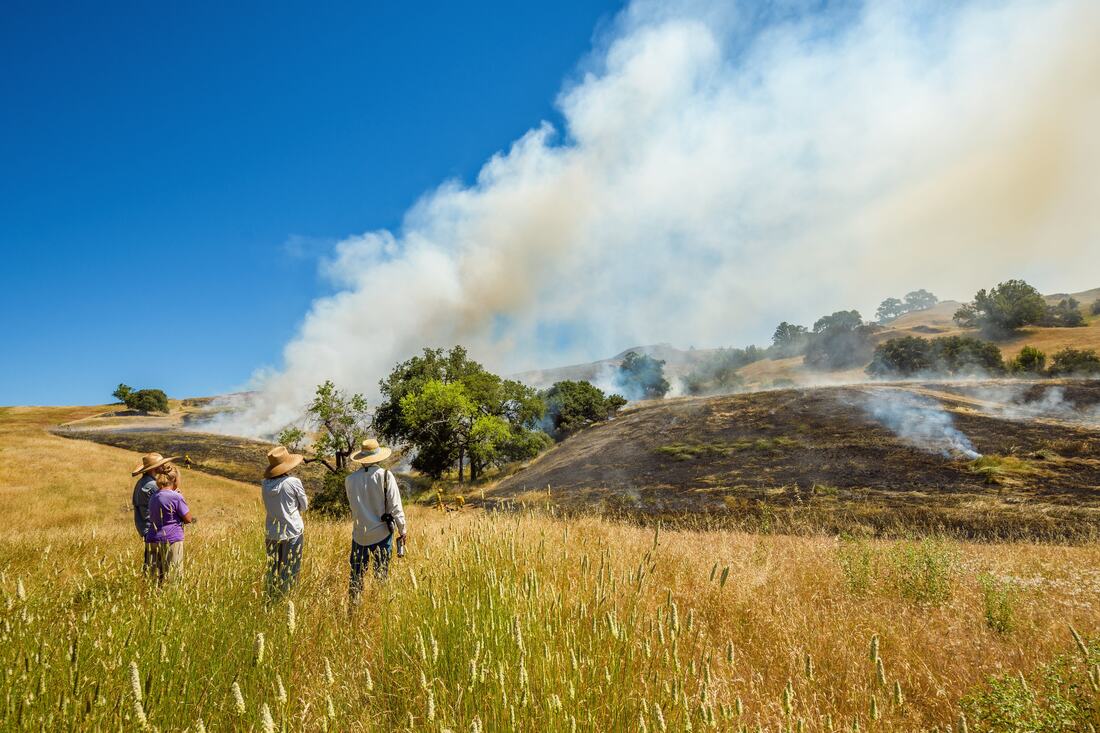