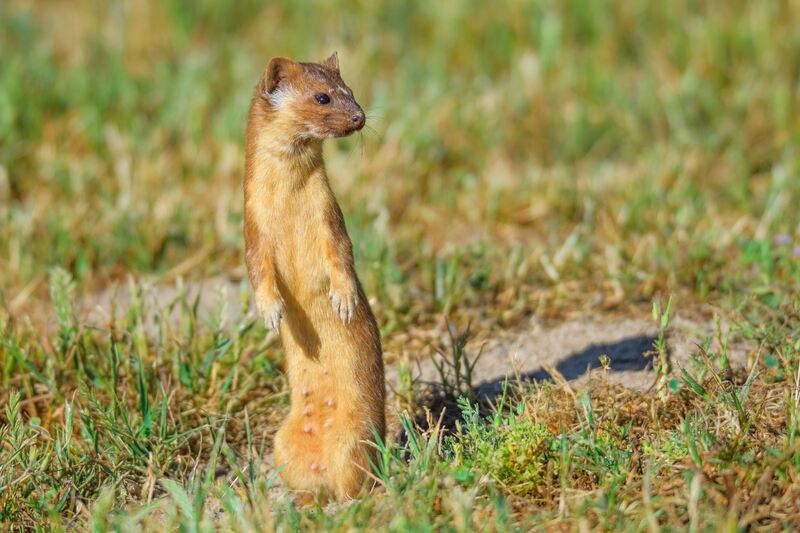 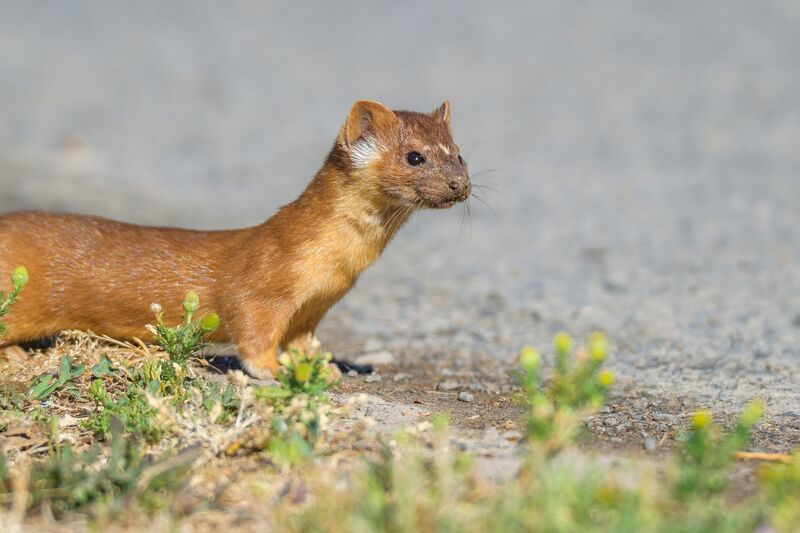 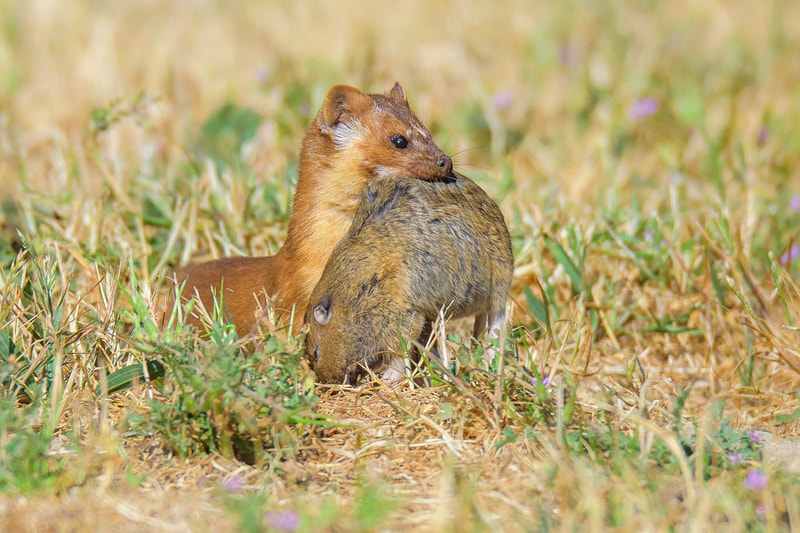 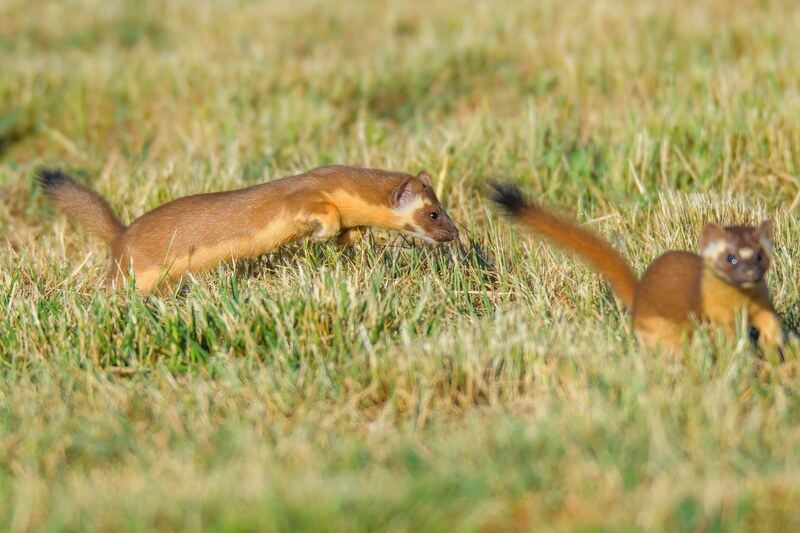 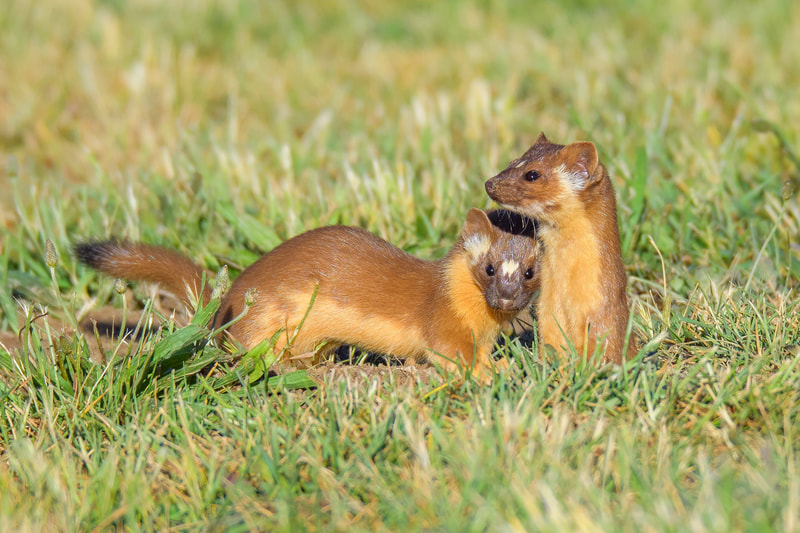 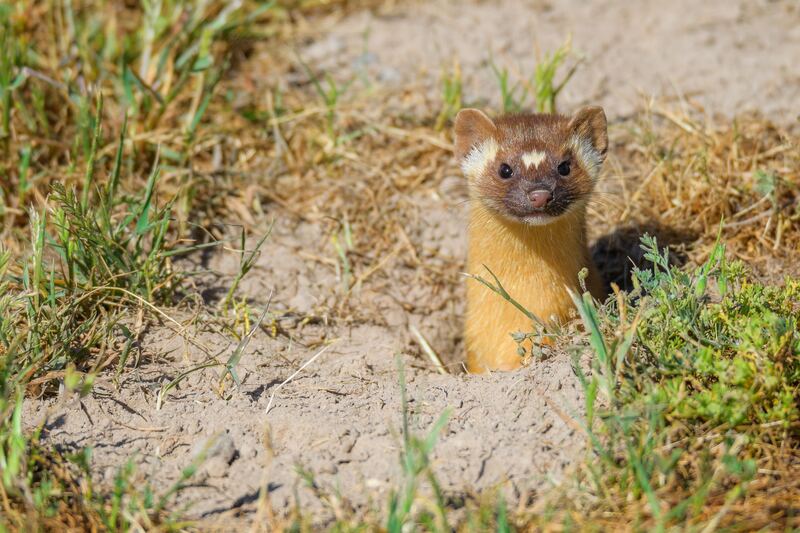 Description:
Long-tailed weasels seem to be equal parts lightning fast, playful, and fur-ocious. Where they get their name, their tails are as long or slightly longer than half the length of their bodies, pretty unusual as far as weasel species go. Because their metabolisms are so blazingly high, they must consume as vast amount of food... food that comes in the form of mostly rodents. They are obligate carnivores, which means they can only eat meat. In California, gophers are their preference prey.

These weasels make homes in already dug subterranean pathways and dens; they cannot dig well enough for themselves to create complex pathway systems. Incredibly short legs and long bodies are great for traversing the hallways of their prey, but don't make for good digging tools! Long-tailed weasels live in a variety of environments, but prefer woodlands and thickets along watercourses. They might be subterranean, but on hot days, they will actually go for a swim (much like their otter cousins).

The mothers have surprisingly long gestation periods for such small creatures. Even though mating will occur through July and August, babies don't arrive until April and May. Which brings us to this bunch of hooligans! The mother had eight bundles of pure insanity this year. As they practice their hunting skills, they constantly blitz each other while flipping in the air at speeds humans eyes can barely see. Weaning begins at five weeks of age. At this point, the mother has a large stash of gophers she brings to her young on a constant basis, especially with a litter this large. Mom might run across the field to deliver the gopher, but they all then go underground to feast. Another three or four weeks from the first time the kits explore above ground is all it takes for them to develop the skills they need to strike out on their own.

Conservation:
Although hunted and bred for fur coats at one point, thankfully, none of that is allowed anymore in regards to long-tailed weasels. Their numbers are generally up, but in some states, they are still considered a species of Special Conservation Concern. Where this is the case, wildlife management officials encourage people to appreciate them for their benefit to the environment as much as their genuinely hilarious personalities. Their almost exclusive diet of rodents, largely including mice and rats, greatly help reduce economic impact to businesses and many natural ecosystems.