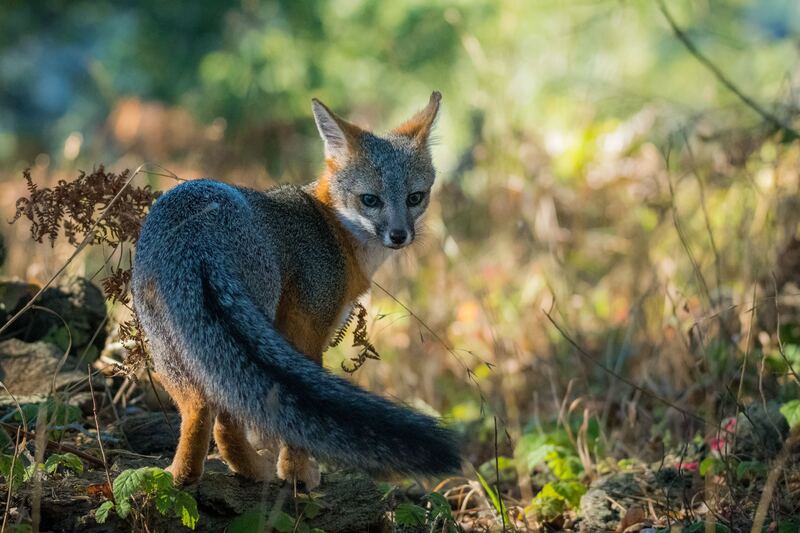 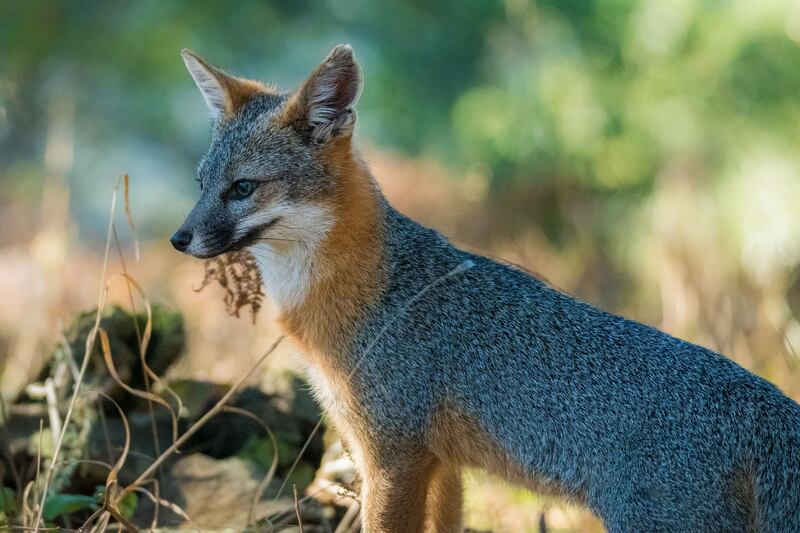 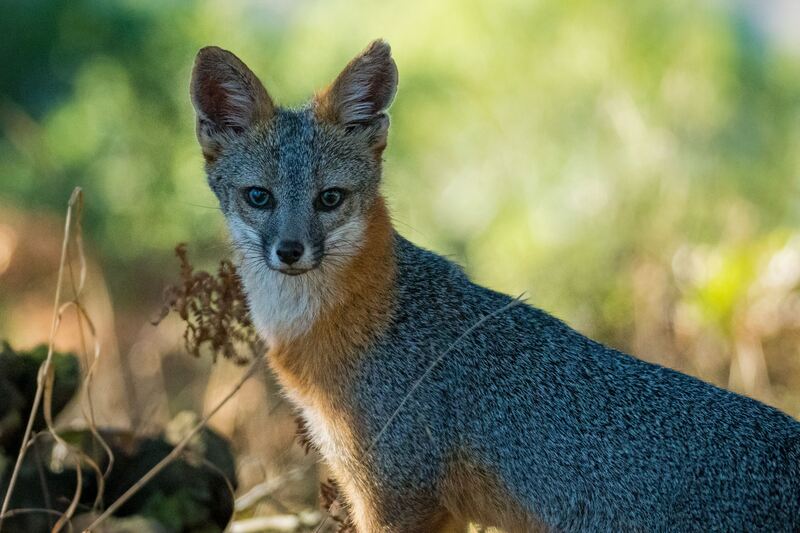 Description:
Cunning and adaptable, out of the many different fox species around the world that adapt to all kinds of different environments, gray foxes are forest specialists. Their gray and orange patterning may look obvious to us, but it's not obvious to most of the other predators of the forests. Their unusual camouflage becomes a bit of a paradox because, instead of placing their scat in a safe and secure location as most smaller animals do to conceal themselves, gray foxes flaunt their presence by placing their scat directly on top of the scat of superior predators like bobcats and even mountain lions. These brazen territorial markings mean nothing, though, when actually faced with any animal bigger than themselves. Semi-retractable claws help these gray foxes climb up trees for safety as well as forage for food. Since they're mesocarnivores, like skunks and raccoons, they're good eating a variety of food. Everything from berries and apples to grubs and rats are on the table.

Conservation:
In general, gray foxes are in a good place, but the gray foxes living on Catalina Island off the coast of Los Angeles, aptly known as the distinct subspecies Catalina Island Fox, recently went through a massive revival thanks to major conservation efforts. The island foxes were on the brink of extinction because the non-native populations of golden eagles had taken over the island and hunted nearly all of the tiny foxes. Bald eagles, who don't hunt foxes, once populated the island before being forced out by the power of the golden eagles. Biologists were able to trap and relocate all golden eagles on the island and returned bald eagles back to fill the niche that they once held. Since then, the island foxes have almost completely recovered and their conservation status is now listed as Least Concern. Win number 264,933 for wildlife.